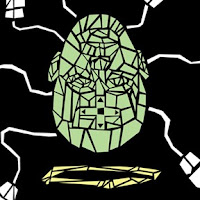 How fitting to welcome 2011 with a post about the future of therapy.

I have already written about avatar therapy in Second Life - a virtual world that clients will visit in growing numbers to access help. But there are other cutting edge avenues that are being explored. Some of these were highlighted in a recent New York Times article, "In Cybertherapy, Avatars Assist With Healing."

The article describes the emerging field of cybertherapy:

"For more than a decade, a handful of therapists have been using virtual environments to help people to work through phobias, like a fear of heights or of public spaces. But now advances in artificial intelligence and computer modeling are allowing them to take on a wider array of complex social challenges and to gain insight into how people are affected by interactions with virtual humans — or by inhabiting avatars of themselves.

Researchers are populating digital worlds with autonomous, virtual humans that can evoke the same tensions as in real-life encounters. People with social anxiety are struck dumb when asked questions by a virtual stranger. Heavy drinkers feel strong urges to order something from a virtual bartender, while gamblers are drawn to sit down and join a group playing on virtual slot machines. And therapists can advise patients at the very moment those sensations are felt.

In a series of experiments, researchers have shown that people internalize these virtual experiences and their responses to them — with effects that carry over into real life."

Of course cybertherapy has its critics - concerns about side effects, the difference between virtual environments and reality, etc. But to me, it is just another treatment modality, to be used when appropriate, on a case by case basis, like EMDR, or Imago Therapy.

The article also describes another cyber technology, the use of Sims like, two dimensional avatars: "Guided by language-recognition software, SimCoach ... appears on a computer screen and can conduct a rudimentary interview, gently probing for possible mental troubles...the idea is that the SimCoach would ask people if they would like to see a therapist; and if so, could then guide them to someone in their area, depending on what it has learned.”

I have grave concerns about this approach - once a patient has self disclosed to the SimCoach - how thrilled will he/she be about doing it all over again with a live therapist? And the SimCoach is not capable of diagnosing if someone needs an urgent intervention.

Only time, research, and clinical practice will reveal and refine the best of the cybertherapies. But like everything else in the world of technology - it's a rapidly growing phenomenon.

Coming to a clinic near you.

Email ThisBlogThis!Share to TwitterShare to FacebookShare to Pinterest
Labels: cybertherapy