Web Secret #319: The Internet of Things 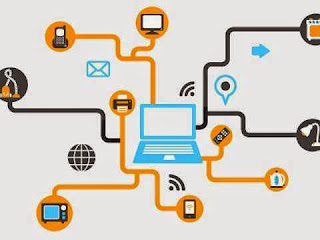 There is an important concept that will impact all of us, (if it hasn't already,) than in the very near future. (Unless you are living off the grid and under a rock.)

It is called "The Internet of Things," abbreviated as IoT.

A British technology pioneer, Kevin Ashton, coined the term in 1999. As he explained:


"Today computers—and, therefore, the Internet—are almost wholly dependent on human beings for information. Nearly all of the ... data available on the Internet [was] first captured and created by human beings—by typing, pressing a record button, taking a digital picture, or scanning a bar code. ... The problem is, people ... are not very good at capturing data about things ... If we had computers that knew everything there was to know about things—using data they gathered without any help from us—we would be able to track and count everything, and greatly reduce waste, loss and cost. We would know when things needed replacing, repairing or recalling, and whether they were fresh or past their best. The Internet of Things has the potential to change the world, just as the Internet did. Maybe even more so."

Still not sure what the IoT really means? A thing can be:
While the IoT is currently in its infancy, it is estimated that there will be nearly 26 billion devices on the Internet of Things by 2020.

Infancy to adulthood in 6 years.

Email ThisBlogThis!Share to TwitterShare to FacebookShare to Pinterest
Labels: Internet of Things