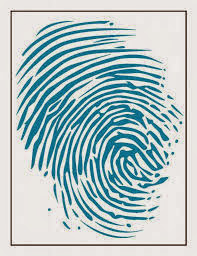 I just got the iPhone 6 plus.

One of the first things I did to set it up was place my thumb on the "Home" button. I watched it scan my thumbprint in a matter of seconds. Going forward, I can unlock the iPhone with my thumbprint.

It just blew me away.

Honestly, when I was in college, if anyone had said to me, "You will unlock a device with your thumbprint in your lifetime," I'm not sure I would have believed it.

Of course, I would never have imagined an iPhone either. But sometimes, it's the small, simple things we can do today that remind me how far we've progressed.

Last month, Wired Magazine posted this article: "Google Can Now Tell You’re Not a Robot With Just One Click."

Here are the first two paragraphs from that article:

"When Alan Turing first conceived of the Turing Test in 1947, he suggested that a computer program’s resemblance to a human mind could be gauged by making it answer a series of questions written by an interrogator in another room. Jump forward about seven decades, and Google says it’s now developed a Turing Test that can spot a bot by requiring it to do something far simpler: Click on a checkbox.

On Wednesday, Google announced that many of its "Captchas" — the squiggled text tests designed to weed out automated spambots — will be reduced to nothing more than a single checkbox next to the statement "I’m not a robot.""

Let me deconstruct. Alan Turing is widely considered to be the father of theoretical computer science and artificial intelligence. He devised the Turing Test when AI was in its infancy. I wonder if he imagined when in human history, we would develop a computer capable of mimicking us, i.e. when an AI would approach human intelligence. I bet he thought it was far, far away.

Quoting from that article:

"For a computer to pass the test, it must only dupe 30 percent of the human interrogators who converse with the computer for five minutes in a text conversation. In the test, it’s up to the humans to separate the machines from their fellow sentient beings throughout their five-minute inquisition...

This go-round, a Russian-made program, which disguised itself as a 13-year-old boy named Eugene Goostman from Odessa, Ukraine, bamboozled 33 percent of human questioners. Eugene was one of five supercomputers who entered the 2014 Turing Test."

There was not much time for celebrating the achievement. One expert soon stated: "The Test has implications for society today... Having a computer that can trick a human into thinking that someone, or even something, is a person we trust is a wake-up call to cybercrime. . . . It is important to understand more fully how online, real-time communication of this type can influence an individual human in such a way that they are fooled into believing something is true . . . when in fact it is not.”