Web Secret 569: Friendship has been digitized 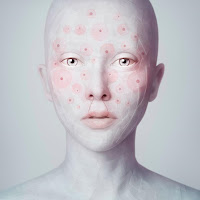 In an op-ed piece in the New York Times, author Stephen T. Asma, a professor of philosophy, wonders whether the "pre-internet, face-to-face experience of friendship that I knew growing up will be lost to our post-internet children."

He goes on to note:

"Each year, more and more of our lives take place in the digital space. The average teenager spends up to nine hours a day online."

"The loss of intimacy, however, does not seem to be a concern among the young people actually growing up online; they report feeling socially supported by large networks of online “friends” whom they rarely or never see face-to-face."

"But do these young people even know what they are missing? And does it matter?"

"According to a new survey, 86 percent of American and British citizens believe that “increased use of technology” is contributing to social isolation."

"Deep friendship...is when you care for your friend for her sake, not for any benefit you can accrue from the relation. This is selfless friendship. You can have only a couple of these friends because they require a lot of time, work and effort, and a general blending or intertwining of two lives. You have to clock time with these people, and you must make sacrifices for each other."

"When I asked my undergraduate students whether they had people in their lives who would bring them soup when they’re sick, they laughed ... and said they’d just order soup from GrubHub..."

Asma muses, "...digital life produces false friendships (because they are relatively disembodied). In other words, young people do not know that they lack real friends.."

He concludes, "Our worries about online life are inevitable, I suppose. We’ve never seen anything quite like it in the social world before."

It's going to be a bumpy ride.

Email ThisBlogThis!Share to TwitterShare to FacebookShare to Pinterest
Labels: digitized