Web Secret 575: I Won’t Upgrade My Phone Until It Can Turn Into a Magic Pony 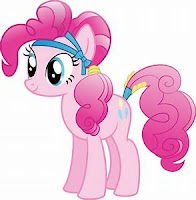 I occasionally come across an article that is so on point, I publish it in its entirety - abridged.

"Why I Won’t Upgrade My Phone Until It Can Turn Into a Magic Pony," written by Jessica Powell for Medium, an online magazine, is one such gem.

Of all the absurd things I’ve hoarded over the years, by far the stupidest collection in my closet is a box of old mobile phones. I’ve told myself ... if there were an apocalypse, I might be able to barter one away in exchange for food or water.

But in truth, I think I’ve just held on to them because they mark the passage of time...Plus, how often do we get to document, on such a personal level, the rapid evolution of a particular piece of technology?

When mobile phones were first introduced, they were elusive status symbols.... Their huge, brick-like size announced their worth: Look at me, they screamed...My father, a doctor who was often on call at the hospital, had one of these enormous phones, and none of us was allowed to touch it...

But luxury is defined in part by scarcity. Bit by bit, phones got smaller and cheaper and into the hands of more people. Having a phone was no longer a privilege reserved for the few...

I got my first phone in 2001. While it was nothing fancy, it was a wondrous thing that fit in the palm of my hand and made phone calls. It could also — well, no, that was really all it could do: make phone calls...

...I never once thought of these early-aught phones as status symbols the way I had back when phones were scarce — they were simply pieces of plastic and wire that helped me make calls from one place to another. They seemed about as unique to me as paper towels or USB sticks.

And yet, once smartphones rolled onto the scene, everything seemed to change. Overnight, it seemed that phones had once again become major status symbols.

Beginning in 2007, it was no longer a question as to whether you had a phone, but rather what kind of phone you owned. One’s choice of device spoke volumes — it fit you into a tidy categorization of wealth and interests. Having an iPhone meant you had money. A BlackBerry? Lots of money. An Android? Not so much. A flip phone? That was just kind of embarrassing.

It wasn’t just about wealth — your phone post-2007 said something about your lifestyle. iPhone users were the creative types. Android users were into tech. BlackBerry users — while those still existed — were men in suits who fired off angry, monosyllabic emails and probably made inappropriate comments to the secretaries in the coffee room.

There were now phones for any need or purpose. Even thematic phones had a decent run in some parts of the world. On a work trip to Jakarta, I picked up a special-edition “ladies-only” phone — a pink device sparkling with white plastic crystals...

All of which is to say that 10 years ago there was a wealth of phone options and a whole lot of competition...

But today there are essentially two operating systems — Apple and Android — and our phones all basically look the same and can do the same things...

But there’s a bigger problem that has nothing to do with the relative inconspicuousness of phones: incremental innovation. ..what are we really getting in exchange beyond a slightly better camera and screen?

Sure enough, the latest numbers show that people are upgrading their phones at a much slower rate than before...

If the companies want our money, they’ll have to build far more magical devices or figure out how to add some glitz and glam on the side. Bring us a gigantic phone we can swim in. Or a phone that will whisper compliments to us as we walk down the street. A phone that populates everything around us with AR-driven dancing ponies, or one that will double as a Swiss army knife in the event of the apocalypse I keep worrying about.

In the absence of all that, I’m sticking with my current 2017 phone until it breaks. I’ll spend my money on things that really show people who I am — like drinking raw water, putting jade eggs in my hoohaw, and raising chickens in my backyard biosphere.

And when that phone finally breaks, I’ll do something really radical — go phoneless.

The ultimate status symbol, of course, being someone who is so superior to everyone that they don’t need to communicate with anyone.

Email ThisBlogThis!Share to TwitterShare to FacebookShare to Pinterest
Labels: Upgrade