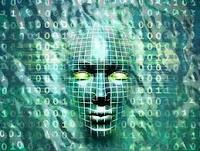 Do you sometimes forget that you have advanced technology at your fingertips? I do it all the time, it's just not native to me.

I was apartment hunting recently. Did I remember that I can use my iPhone to film an apartment, so that I can show my kids where we might be moving? No.

When my oldest was involved in a disputed fender bender, did I remember to take photos of the incident with my smartphone immediately after it happened, so I could make my case with the insurance company? No.

When I forgot to DVR a pivotal episode of Game of Thrones, did I immediately remember I could watch it streaming on HBO to go? No.

Because of advances in computer and Internet technologies, we are in the midst of a major paradigm shift. But we don't always remember to use what we already have.

Peter Norvig is a prominent professor at Stanford University, where he teaches a famous course on Artificial Intelligence. But it wasn't until the fall of 2011, that he realized he could make his class available to thousands of students across the world.

Peter didn't just make a video of the course he was used to giving. Instead, he completely reinvented it, breaking it down into 2-6 minute segments, followed by a question that allowed participants to check if they actually understood the concept that had just been taught.

He transformed his course so that it was accessible online. 160,000 people in 209 countries signed up. All watched at least one class, and 20,000 actually handed in all the homework and completed the course.

The potential he unleashed makes me shiver.

Now, if I could only remember.