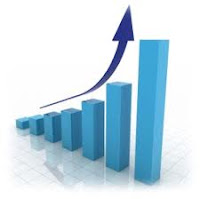 Time for some hot off the press social media marketing facts and stats:

There are now roughly 100 million active Twitter users (those who log in at least once per day).

Google’s search engine is used by 85% of global Internet users every month.

Pinterest has grown 4,000% in the past six months, and now boasts more than 4 million users.

4.8 billion people now own mobile phones. One-third of smartphones globally use the Android OS. The number of tablets in use in the U.S. rose from 34 million in 2011 to 55 million this year and is expected to reach 108 million by 2015.

Social media sites and blogs reach 80% of all U.S. internet users. Social networks and blogs account for 23% of all time spent online — twice as much as gaming.

There is still time to jump on this bandwagon.