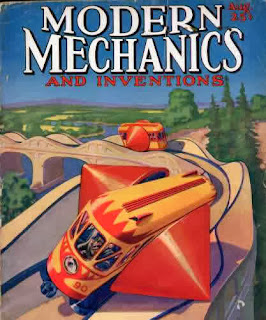 Fun fact: my father appears in one of the most famous movies ever made: the cult Bogart/Bergman classic Casablanca.

At the age of 22, he played one of the French Foreign Legionnaires who stands up and sings the Marseillaise in Rick's Cafe. It is easy to spot him at many points during this epic scene. He is the tall soldier in uniform 50 seconds into the video, and again at 1.28, in the background to the right of Paul Henreid.

I can also hear his voice among the others because he eventually became a renowned famous opera singer, and his is the loudest voice in the group.


This clip has been viewed by over 1 million people. I have been able to share it with my children. I can watch it any time. It's very cool and very emotional.

Along with the thrill of the new, the Internet has made possible a heightened connection to the past, and much that is retro, vintage or even obsolete.

A chance Google search led me to the wonderful www.retrothing.com, a blog that will help you remember, and sometimes find, objects from the past. Here are some typical posts:
Those who forget the past are doomed to repeat it.

Now we don't have to forget