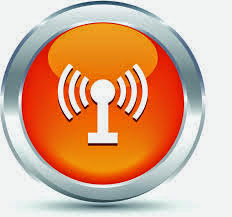 I remember when I did not know what "streaming" was.

It wasn't that long ago. Maybe 2 years.

For the uninitiated, streaming gives anyone with a computer/tablet/smartphone the ability to watch movies, TV shows, sports events and more without actually downloading content.

It's the way most Millenials watch stuff.

Recently I joined that happy throng.

It was "Mad Men" that drove me over the edge.

I watched just one episode on Netflix and I caved. I have been binge watching the series ever since.

Honestly, I don't pretend to understand the business model that makes it possible for me to watch the first 6 seasons of "Mad Men" for only $7.99 a month.

"Mad Men" takes place in the sixties and follows the work and private lives of the key employees in a Madison Avenue ad agency. Of course it's about much more than that.

The production values of the series are off the scale. It's way beyond clothing, cars and home decor. It covers the foods eaten at home - brown betty anyone? And everything else down to the minutest detail.

It does a fantastic job of showing what life was like before there were even answering machines and caller ID. Much of the actions of the characters are only possible because of the lack of technology. People can really disappear for an afternoon and have an affair. They are unreachable. They cannot be Instagrammed. Everything is much more private.

In those days work was so much more labor intensive. I remember working as a research intern in the seventies. I would spend entire days going to the public library with a bag of quarters so that I could photocopy pages from a book that I had personally retrieved from a stack. Even in 1991 an office photocopying machine cost as much as a small car. Today I can buy one for $75.

Streaming - it's helping me remember.