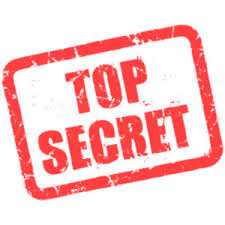 2008: Web Secret 24: Very Bad Websites - as I wrote in October 29, 2008 - Just as you can learn from visiting the very best websites, you can learn a lot from visiting the very worst. Conveniently for all interested parties, there is a web site that collects and ranks the absolute turkeys of web design, web navigation and web content. I am talking, of course, about the fabulously edifying and entertaining "Web Pages That Suck". "Web Pages That Suck" is still going strong and is just as funny and educational today has it was 8 years ago.

2009: I had just started to understand the power of online memes when I wrote Web Secret 79: Know Your Meme in December of 2009. I wrote "What's a meme? It's a catchphrase or concept that spreads quickly from person to person via the Internet, much like an esoteric inside joke. The content often consists of a joke, an altered or original image, a complete website, a video clip or animation, among many other possibilities." The concept is just as powerful in 2016 as it was then. Think ice bucket challenge.

2010: Web Secret 112: The World Is Flat - in July 2010, I wrote, "In 2005, Thomas L. Friedman published, "The World Is Flat: A Brief History of the Twenty-First Century". The title of the book is a metaphor for viewing the world as a level playing field in terms of commerce, where all competitors have an equal opportunity. I encourage you to explore the many other ways the world has become flat on the Internet, with a multiplicity of resources available to everyone with very little effort." In 2016, the world has only gotten more flat - as the global evil and good invades our lives.

2011: in February 2011 I posted Web Secret 141: Dunbar's Number - writing, "In all of my presentations about social media, I emphasize that the quality of one's friends, followers, readers, etc. is far more important than the number. Well there is some hard core science behind my recommendation. In 1992, long before the advent of social media, British anthropologist Robin Dunbar hypothesized that there is a cognitive limit to the number of people with whom one can maintain stable social relationships. By stable, he meant relationships in which an individual knows who each person is, and how each person relates to every other person...150 is referred to as Dunbar's Number." I am still talking about Dunbar's number because for most professionals, Dunbar's 150 strong ties will do just fine.