Web Secret 499: the best of iWebU - Know Your Meme 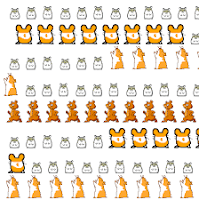 And so, I revisit Web Secret #79: Know Your Meme. Why? The Internet meme continues to be one of the most powerful agents of change in the world.

Note to my readers: Most of the links in this post - the important ones - continue to work.

It's a catchphrase or concept that spreads quickly from person to person via the Internet, much like an esoteric inside joke. The content often consists of a joke, an altered or original image, a complete website, a video clip or animation, among many other possibilities.
I have previously written about the brilliant "Whopper Sacrifice", but there are others, many others...