Web Secret 500: the best of iWebU - The World Is Changing Fast 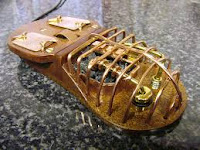 Leading up to that momentous date, I am re releasing the "best of iWebU", starting in 2008.

And so, I revisit Web Secret #121: The World Is Changing Fast.

Why? Because we are all struggling with how quickly events, scientific discoveries and changing social mores develop and impact us. My hip replacement in October was performed by a robot. I rest my case. In 2010, when I wrote this post, many of us were just beginning to realize that this was not your mother's world. And we were beginning to understand the importance of turning our devices off.

Recently, I watched a brilliant TED India presentation on "6th Sense Technology." Basically, this genius guy created a wearable device that enables new interactions between the real world and a computer. He did this using the innards of two computer mice.