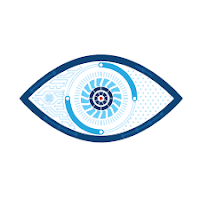 This is the 3rd in a 5 part series on cybersecurity.

What actually happened is that Russia used Facebook and other social media to propagate fake news stories about Hillary Clinton. They perpetrated identity fraud to do this. Interestingly, these events were not seen to be a failure of the US government but rather a problem with social media. Separating the fake news from legitimate information is a massive challenge. And separate from cyber-attacks.

There are more and more cyber-security companies but the number of breaches isn’t going down. Only 20% of cyber security budgets go towards prevention.

Hackers are ever more sophisticated. Malware can be delivered in a video download. An innocent sounding e-mail will have a subject heading like “Look at these cute cat videos” and a link to download a corrupted video.

The US government has been reactive rather than proactive in its approach to cyber-attacks. One Yale Forum expert believes we should also “degrade the potential of adversaries to harm us.”

During another Forum break, the owner of a cyber security company explained he had to go through great lengths to get his employees to use encrypted email. The irony was not lost on him.

What about the future?

Yale experts made the following predictions:
Asked to imagine a news headline of the future, one attendee said: “Botnet of human body parts takes down the power grid.” (FYI: a botnet is a network of private computers infected with malicious software and controlled as a group without the owners' knowledge.) As we become increasingly bionic, we become increasingly vulnerable.

So what can we do? I answer that question in the 4th and final post in this series.
Posted by iWebU at 11:00 AM