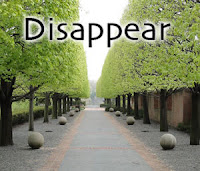 In fact, not only has the media changed, but the media delivery system.

Consider this, 30 years ago:

If you wanted to watch TV, you sat in front of a television set.

If you wanted to read the newspaper, you bought a newspaper.

If you wanted to listen to radio, you turned on a radio.

In 2012, if you want to watch TV, read the newspaper or listen to the radio, you only need one device - your smart phone or your iPad.

In fact, from just one of these devices, you can access both old media and new/social media, including music, videos, GPS, the weather, Twitter, magazines, blogs, games, etc., etc.

The implication is simple. Old media and new media are converging, and will merge, to become, well, just media.

It's happening sooner than you think.


Thank you Jeff Bulla, for another inspiring post.
Posted by iWebU at 8:30 AM

Email ThisBlogThis!Share to TwitterShare to FacebookShare to Pinterest
Labels: Social Media Will Disappear